ACL rupture treatment is present in this pilot study.

The most common injury of the knee joint in athletes, as well as football players, is the rupture of the anterior cruciate ligament (ACL). Biomechanics of one or more years after ACL rupture, treated without reconstruction in athletes is poorly studied. Existing researches which cope with that problem have a consensus, that one of the consequence of ACL rupture is an increased anterior translation of the tibial platao.

The aim of this pilot study was to determine differences in some biomechanical parameters between a stable and unstable knee joint during normal, self-selected walking speed in order to gain an insight into the possible compensatory strategies.

A high-speed camera (120 Hz) and reflective markers placed on lower limbs were used to record. 10 steps in the stance phase of one subject (female, age: 39 years, high: 158.5 cm, body mass: 45.0 kg) with a total rupture of ACL (mechanically unstable, but functionally stable knee joint) 3 years after the injury.

A kinematic analysis was done to calculate the angle of the left and right knee joint. At the same time ground reaction forces were measured on a force plate. And the average net muscular torque for both knees was calculated using the inverse dynamics. The independent samples T-test or Mann-Whitney U test showed a significantly (p=0.000) greater extension of the unstable knee. But the net muscular torque was not significantly different.

It is known that total rupture of ACL leads to the development of premature knee arthrosis. It could be expected that the netto muscular torque would be the primary reason for damaging the cartilage.

But the results of this pilot study showed that the loads on an unstable knee joint were not increased.

Increased torque is probably not the primary reason for developing premature knee arthrosis. It could be the changes in instantaneous axis of rotation because of increased knee extension carried much more influence.

The use of a physiotherapeutic technique of manual kinematic re-education and motor learning might enable a decrease of knee extension. And so might lead to a more equal loading on the knee joint cartilage in persons treated conservatively.

The use of physiotherapeutic technique of joint mobilisation with movement might improve balance between rolling and shearing in the knee joint.

Increase the power and coordination of sinergistic muscles of ACL might prevent increased translation of the tibia.

A total rupture of ACL, even 3 years after injury affects of the biomechanics unstable knee joint during gait. Due to a great potential of re-injury of the knee joint that leads to meniscal lesion, most athletes decide to reconstruct the ACL.

On the other hand, for those who decide for ACL rupture treatment conservatively the impact of the manual kinematic reeducation on knee biomechanics should be further explored. As well as the possible reasons for the increased knee extension angle such as differences in muscle activation between mechanically stable and unstable knee joint. 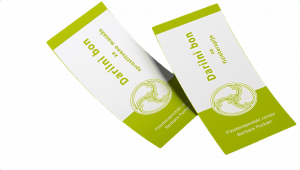 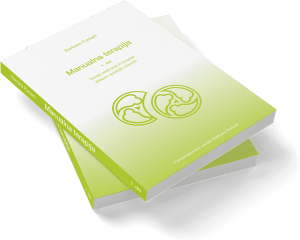